news
Site Home > news home
When you hear of a fish weighing in at 3 pounds, 2 ounces, your first thought may not be of the records it could be breaking. But not only is a 3 pounds, 2 ounces white perch a new Virginia state record, it’s pending certification by the International Game Fish Association (IGFA) as a new world record. 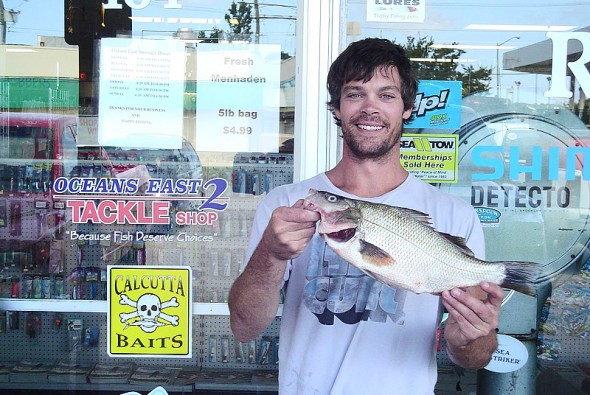 While out fishing using live minnows, Beau McLaughlin of Virginia Beach caught the record white perch on June 13. He was fishing in a private pond near his hometown.

The State Record Fish Committee of the Virginia Department of Game and Inland Fisheries reviewed McLaughlin’s application and verified the location of the catch as well as the species, weight, length and girth of the fish.

The previous Virginia state record white perch was set in 1995 with a perch that weighed 2 pounds, 8 ounces.

As far as a world record goes, McLaughlin has a chance to beat it by just one ounce. If the fish is certified by IGFA, it will beat Edward Tango’s record catch in New Jersey on May 6, 1989 which weighed 3 pounds, 1 ounce.