(Outdoor Hub) - This panfish might be too big for a pan! 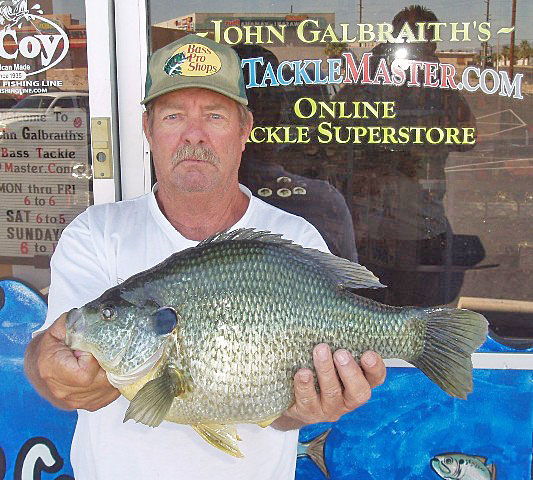 Right now, it’s the semi-official new Arizona state record for the Colorado River, according to the Arizona Game & Fish Department. The previous state-record redear was caught in February of 2010 at Lake Havasu by a California angler. That fish was more than a pound lighter than Lawler’s catch, weighing 4 pounds, 2.24 ounces, and stretching 15.5 inches long.

There’s no doubt Lawler’s fish is a contender for a world record. The current all-tackle world record is 5 pounds, 7 ounces, according to the International Game Fish Association. Amos Gay caught the current record fish in a South Carolina diversion canal in 1998.