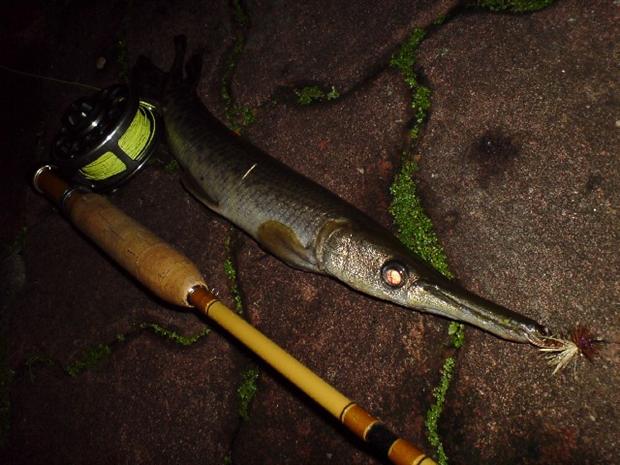 Description: Hi Folks, here a Alligator Gar scored in the night on a stimulator! Tonight, the session was nothing BIG but something special. Spotted the bugger loitering around the weeds on the surface.... Casted a gurgler at her, but was rejected. So I change to a Stimulator. She took the terrestrial almost instantly when the dry landed. Jim.