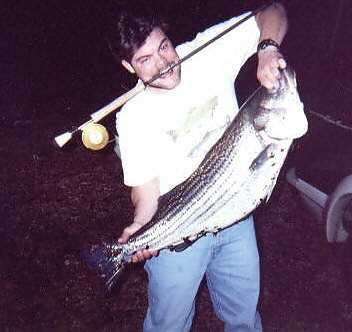 Description: This striper was duped into taking a yowser (clouser tied with yak hair). It wasn''t a very long battle but well worth it. Caught and released 20 or so fish most in the 15 lb range. These stripers wouldn''t even look at the traditional striper fly (yak shad, Pogey patterns, Eel patterns) They were there for one food Bay Anchovies.