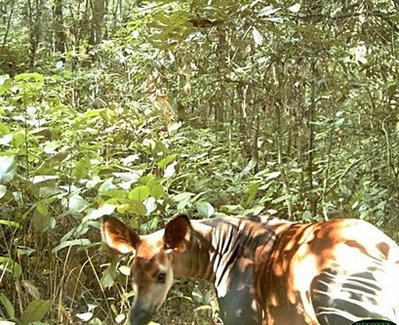 Description: The first Picture ever taken of this most elusive animal in the world! They say this was once believed to be the Unicorn that was included in the list of Mammals in the Bible. This was captured with a trail camera in Virunga National Park in the Democratic Republic of Congo, Africa. Uploaded: 9/11/2008 by Darryl Rogers